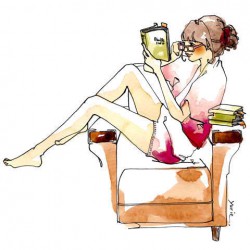 OH MY GOD! Styxx just been released and another book for next year shows up

and its a new Hero that has never been introduced in the previous books.

where's my enigmatic surfer boy Savitar or Mr. taciturn bear Remi or my beautiful blonde Urian or my fallen angel Jared or the mysterious Jaden or Thorn. I need their stories so badly!
and Who is Cadegan? yep the Son of No One *figures*:P

but you see readers I still LOve it, waiting for this next book:)

here's a little catching up with our resident god killer Savitar!:(love the man ya know;))
"Sherrilyn Kenyon Interviews Savitar!"
http://www.heroesandheartbreakers.com/blogs/2013/08/sherrilyn-kenyon-interviews-savitar

and this is an explanation on why Sherri pick a new hero:

Since a couple of fans have spoken up after we announced the next DH book, Son of No One, and decried they are upset that I “keep writing about new characters and ignoring the old ones i.e. Savitar, Thorn, Jaden and Jared” I thought I should explain a few things.
....read the spoiler
First, that extremely untrue criticism baffles the heck out of me and leaves me totally nonplussed. While I write each and every book to stand alone so that new readers won’t be lost should they pick up a book later in the series, they all lead into each other and create a much larger picture when read in order and together. This is done with very careful planning and knowledge. You won’t feel left out by not reading earlier books, but you will miss cameos and foreshadowing.

If you’ve been reading the series from the beginning then lesson one is: that there are no throwaway lines or characters. Everything is important. It might appear innocuous, but it isn’t. Everything ties together and circles around. Yes, I do leave some questions open, but it’s done intentionally and they will be answered eventually. If I tried to put everything and every single character into one book, it would be extremely confusing and more jarring than watching a soap opera you’ve never seen before, for the first time.

Just the complex story of Acheron and Styxx alone took over 600,000 words to tell. Those two novels are a total of 4000 manuscript pages. That’s ONE relationship out of the dozens of existing characters.

At one time, all the characters were new, and I rarely write about new major characters now. Even new secondary characters are rare. And what I find most fascinating/confusing is that the characters they’re begging for are all newer than the characters I’ve been writing about in the last few years. For the last six years (or more, actually), I have been going back to the original characters.

Readers who have been around since the beginning will remember that Renegade was on the original website (his was the very first collector card I gave out in 2001, with Ash and Zarek) and has been in this series since the beginning. He's mentioned in Night Pleasures. Sundown is mentioned in Night Pleasures and has been around since Dance With The Devil (2003) and readers have been begging for him for a decade– Renegade even longer. I had to wait to write Ren’s book because of the 2012 prophecy (unfortunately, I can’t control ancient writers, ancient prophecy and mythology- I do try to stay pretty true to it). I had to wait to write Jess’s book because of the 2012 prophecy and the fact that those two books are intimately tied together (which I knew when I wrote about the characters in 2000) and that Sunshine’s cousin was the heroine for Ren. Kat is mentioned in passing in Night Embrace. In fact, there’s only one new character in Time Untime at all.

But here, let’s look at the characters/books:

Styxx: Styxx has been in the series since the beginning. Bethany has two cameos in Acheron (2008). In 1600+ pages, 310,000+ words there’s only one major secondary character who’s new. One. And he's necessary.

Time Untime: Ren appears in NP (2002). Kat appears in NE (2003) Sunshine, Talon, Storm, Acheron, Nick, Sin, Katra, Jess... all old characters, except for 1. Oh and it ties directly into Styxx and intro’s Talon’s son who I guess is technically a new character, too.

The Guardian: Granted Seth is a new character, but he’s related to Menyara who has been in the series since 2005. Lydia was hinted at in The Dream Hunter, Kiss of the Night and One Silent Night and she’s related to Solin so while they’re new, they’re not (it’d be like complaining that I brought Fury in as a new character in Night Play after he was cameoed in Night Embrace). The book also sets up important details about Solin’s book and Styxx– both of whom are original/old characters. There’s also major details about Jaden, Jared, Thorn, Bethany, and Nick, but you have to pay attention to catch them. Basically, those foreshadows are caught in retrospect. I can’t say more than that without major spoilers, other than this book is important to the overall arcs fans are wanting to read.

Retribution: Jess has been around since the beginning. Abigail is new, but her friends, however, have been around since Kiss of the Night. Almost everyone in it is an old character except for the 4 guardians and the legend of Jess which has been hinted at, but not elaborated on. But that’s true of all the heroes. They all have families and pasts no one knows about until their story is told, which is why people want to read their books-to learn about their unknown pasts. This book also has critical info for future Daimons and for Styxx and a book I’m currently working on.

No Mercy: Dev’s book. He’s been around since the beginning. Sam has been hinted at and talked about since Night Pleasures and she was introduced in Dream Warrior. She’s made several cameos. Chi and Ethon are sort of new characters and are two fans say they want to read... But again, they have made cameos in previous books. There’s also important info for Thorn, Stryker, Sav and Jaden.

BAD Moon Rising: Fang and Aimee go all the way back to the second book Night Embrace. The ONLY new character in this is... Thorn. The rest have all been in previous books. Eli, Constantine, Varyk, Stone, etc have had previous cameos.

One Silent Night: Stryker has been the villain since book 3 and appears in many of the books. Zephyra has been hinted at, but not seen until now so I don’t consider her a new character. Interestingly enough, this is the book Jared is introduced in.

Acheron... only one new character in 1100+ pages. Ash has been in since the beginning, Tory first appears in The Dream Hunter and is cousin to the heroine in Dream Hunter.

Dream Chaser: Xypher is a former character whose fate was left hanging after Devil May Cry. Simone is sort of new, but as the best friend of Tate, she has been hinted at in other books. The new character? Jaden. And events in here are integral to many of the future books.

Upon the Midnight Clear: Aidan is a new character--six years into the series-- but if we didn’t have new major characters from time to time, the series would get stale. Leta has had cameos in past books and this is only the second book of the Dream-Hunter spin-off series and it is a short story that intros readers into that spin-off universe and sets up the background for the Dream Warrior novel that will come a year later.

Devil May Cry: Sin is a new character to the series. Kat is not. She’s been around since book three and has appeared in many books. We do have a new villain, but again we’re dealing with ancient prophecy and events that had to take place this year and it sets up Acheron’s and Stryker’s books. It also ties directly to Styxx and so I can’t show how it ties to the whole series without some major spoilers.

The Dream Hunter: While part of the DH world, it is a spin-off series so we do have some new characters who appear in it, but we have many who are old favorites and it sets up the conflict to come with the Olympians and Dream-Hunters, as well as Ash and his mother. It is integral into Ash and Styxx’s books and has important info about Sav and Nick.

Dark Side of the Moon: Susan is new, but Ravyn was first mentioned in Night Pleasures. The reason it wasn’t in New Orleans was that it’s the first Post Katrina DH book and like many of the real citizens of New Orleans, the fan fave Squires were relocated to other parts of the country. I also wanted to show how DH and Squires worked in other parts of the country and events in it are important to Thorn and Sav...

Unleash the Night: Wren has been in the series since the beginning and while intended to write about a new DH (Xander), Wren wouldn’t let me. It’s also an important book to Fang and Aimee and Sav.

Seize the Night: Tabitha and Valerius go back to the first book. No new characters at all.

Night Play: Bride is technically a new character. Vane is not. Bride made a cameo in the second book.

Kiss of the Night: lot of new characters in this one. Cassandra is new. Wulf was mentioned in the previous books, but only cameoed. Urian, Styrker, Apollymi, etc are all introduced in this book.

Dance With The Devil: While Zarek was introduced in the previous book, Astrid was not. In fact, the only familiar characters in this are Z, Jess, Kyrian, Acheron. The rest, including Otto are brand new.

Night Pleasures: EVERYBODY’S new except for Julian, Selena and Grace. No old characters.

So, needless to say, I’m quite baffled that anyone is upset that I dared to finally write about a new hero and heroine after eleven years. But the ironic part is.... oh wait, I can’t tell that because it’s a spoiler.

However, I can say this. The one thing the previous books should show is that characters who might “appear” to be new on the surface, have a history with old characters and are integral parts to the series as a whole, especially Son of No One. It has two major whoppers in it that will leave most readers gaping.

While I am thrilled fans are dying for Sav, Remi, Thorn, Jared and Jaden, there are things about them that will completely alter the series and forever change it. And I can’t just write those books without some set up. There are events that have to happen first. And stories that have to be told. There are many characters who came before them such as Jess, Dev, Fang, Ren, etc. who deserve to have their stories told, too. And occasionally, a new guy or girl will come along and say, “hey! I have a story to tell.”

As for Remi... I’D LOVE TO WRITE IT! Unfortunately, he’s a crabby bear and won’t talk to me yet. Like Urian. I keep trying, but they have to cooperate.

And while Cadegan may appear unfamiliar at first glimpse, Son of No One is an extremely important book in the series, and like Seth, you’re going to be shocked at who he’s related to and how important he really is to everything. Oh, and The Guardian ties directly into Son of No One, too, as does Styxx, and they all relate to Thorn, Jared, Jaden and Savitar’s arcs. As I said, the books are integral to each other and the one or two characters who are introduced into each book are used over and over again, and are important to the whole series. This includes Amaranda and Cael who have been off screen for a really good reason, and they will be in an upcoming book...

You just have to trust me and the characters